an eloquently warped point of view from the tongue of a cartoon character. 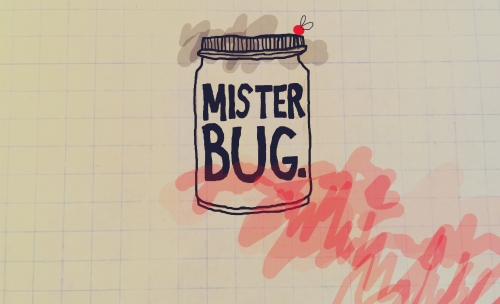 Mister Bug, when I can,
I will stick a
big
red needle
in your back
and pin you to your board,
and display you to the world.

And your wilted, crystal wings,
(snapped in the middle
like your spectacles were in court last year)
will crack while you you crumble.

And if you are crooked,
I will pin you again
(without hesitation.)
And when you are dust,
I will leave the needle there
’til the world dies .

I would release you into my great glass jar
and tighten the lid,
Mister Bug,

so I could watch you suffocate
in the same way you’ve done
to so many others.

“Stalking is the fifth most common violent offense committed against women, behind sexual assault and harassment in Canada, according to a report from the Government of Ontario’s Women’s Directorate on Sexual Harassment and Stalking.

In fact, women are more likely to be spied on, to be followed, to have their social media accounts hacked, and to have stalkers waiting outside their homes and workplaces, the report states…

Similar to sexual assault, few encounters are reported at risk of violent retaliation against the victim, or the perceived lack of severity of the crime. Not all stalkers are violent or aggressive, and proving that you feel threatened could be difficult.”
xxxxxxxxxxxx– Addicted to Her, November 4th, 2014

“When we speak we are afraid our words will not be heard or welcomed. But when we are silent, we are still afraid.
So it is better to speak.”
xxxxxxxxxxxxxxxxxxxx– Aubre Lorde